I hope you had some time today, to think of those who did not come home, who lay alone in some foreign field, and with their last breath whispered the name of their loved one knowing that they gave them a chance to carry on.... 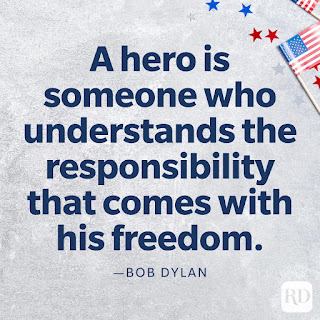 Between writing, working, and life.... time seems to slip through our fingers... But here we are  - winter is done and over. Spring is fading into the heat of summer and Memorial day is next week! YIKES

There are new releases to be had.

Say hello to The Foundling...

This woman's fiction story centers around a woman's journey to reconnect with home, with real life, and searching for that everlasting love. It was one of the stories in the USA Today Best Selling Anthology - A Place To Belong.

Jenna Dawson had the world by the tail, from a fantastic job down to the flawless engagement ring on her left hand. It was all perfect. The only thing missing was the white picket fence and the house full of children.

However, a trip to the Outer Banks leaves her blindsided when she discovers her boyfriend’s infidelity. How could she had gotten it so wrong? Now, she must focus on finding a new path, new life, new job. But a twist of fate, brings a breath of fresh air into her life in the form of Roman Smith, his son Teddy and a lost golden retriever named, Comet.

These two just might need her more than any of them expected. Can they work together to heal their broken hearts and maybe, just maybe, find the love each has been yearning for. So, today we begin the move toward spring.

While spring is considered a season, it is more a given passage of time between the people, the universe, and time. The older I get, the more I understand the promise of spring. The fact that hope to begin again, to renew the blessings of life that this old, tired world has to offer. I look forward to spring. I look forward to the wonder of blossoms, still closed, opening to spread their beauty. I listen to the quiet and wait for the song of the birds to fill the air. I glory in the morning's first light and say a quiet prayer as its last rays vanish behind the pines in the pasture.

H O P E - yes, it does spring eternal. And yet, there is more. It is what we pass on to those who are seeing it for the first time. Look to this spring. Pray that we are seeing the end of this pandemic. Touch the soil. Plant the dreams that will make tomorrows youth wonder at your wisdom. Have a blessed Sunday.

We love our pets.

The families who inhabit 1600 Pennsylvania Ave. are not unlike your own. They often have children, in laws who come to stay but I think, what fascinates us most are pets. Sometimes Presidential pets set off trends. So for the record books. most presidents have dogs. It seems that the hounds rule the roost.There have been 30 presidential dogs starting with George Washington.
Beside a sprinkling of cats, there have been bears, goats, ponies, guinea pigs, mice, parrots, sheep, cows, and a possum.

Some of the more famous presidential pets are known by name. I can remember growing up with Caroline Kennedy and her pony, Macaroni. Gerald Ford had Liberty. Obama had Bo. FDR had Falla, and Clinton's cat Socks even appeared on his own official White House Press site.

Of all the presidents, Theodore Roosevelt had the most pets.With six children living beneath it's eaves, the  White House held : 1 small bear, a lizard, guinea pigs, a pig, a badger, a blue macaw, a hen and a one legged rooster.
Once when one of the younger Roosevelt children was in bed sick, his brothers bought his favorite pony up to the second floor on an elevator. It is said that the pony became fascinated with his own reflection and refused to leave.

John Quincey Adams kept an alligator in the bath tub of the east room. Calvin Coolidge kept a  pygmy hippopotamus. Coolidge was smart and donated the animal to the Washington zoo.

Herbert Hoover had a possum named Billy O' Possum and was often seen on a leash.

So, when your sweet one comes around asking for those pets. Thank your lucky stars its only a goat, a pony, a cat, or a dog.

This pictures is from the Library of Congress site. American Folklore Center and Veterans History Project.

You can check more out at the site : https://blogs.loc.gov/folklife/2019/08/of-possums-and-presidents-some-presidential-encounters-with-opossums/

Why am I bringing all this up? My grand-babies are adding to their own pets. In addition to Toad the dog, and Hopper the bunny, they are now proud owners of two goats, two ducks, and a lamb named Snowflake. 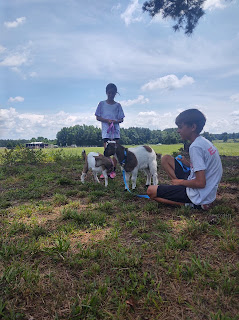 Life holds no promise.
Life gives no power.
Life is not guaranteed.

But we have the power to change all that.
What is the promise we wish to see? If we break it down from the power of want, hate, greed, envy, happiness, most will choose happiness. All of us wear our rose colored glasses. Those who knock them askew bring out our anger. So choose, not to anger.
The hardest thing one can do is to love.

The word only has four letters. Yet, many of us struggle a lifetime to find it. Love is simple. Love knows no bounds. If you need reassurance on this part, look to a child for they love with out restraint.

But life is hard.
True.
Life is hard because it requires us to live. It holds no promise of a long or a short life. It merely gives us a place to begin and a place to end. The middle is all on us. So choose wisely. Choose joy, laughter, a hug, a kiss. Just like the Grinch, you will find that your heart grows for it will show no bounds.

Life is not guaranteed.
No. There is no way to return it. There are no replacement parts. Life is what we make of it. We are given a small part of time. Which is why the importance of the word present makes sense. Each day is a new gift, a new beginning. As smarter people than I have said, "It comes softly, without pretense, it is heralded only by the dawns golden light. Unwrapped, it awaits for us to take center stage and engage with the other actors around us for good or for bad. When the soft, pale light fades into the twinkle of darkness, we are left to account for our struggles. Make sure there are no regrets.

So choose life.
So choose laughter.
So choose love - of self, of others, of our planet.
Make your day something to remember.
By Nan O'Berry at May 31, 2020 No comments:

Email ThisBlogThis!Share to TwitterShare to FacebookShare to Pinterest
Labels: Thoughts on today. life. promise. be amazing.

Spring is now upon us, what do y'all look for this season?

I, for one, am looking forward to getting some sun on my face. It has been so cold and rainy that I'm beginning to think moss is a new anti aging cream.

Are y'all looking forward to warm weather?
By Nan O'Berry at March 21, 2020 No comments:

It's hard to believe we have survived the first decade of the new millennium, but opening your eyes this morning was the first step. With each new year, we can begin our lives on a new page. For me, this year is all about getting myself organized, keeping life manageable, and living my dream of writing.

To write is, of course, a verb. It is something all of us do. I am hoping to do it with a little more pizazz than I did last year. I plan on tweaking some old stories and creating some new. In that end, it is important that I read. The more one reads, the more diverse your sentence structure and word use becomes. So, I am planning to spend an hour a day reading.

How many of you received gift cards for the holidays? Those gift cards are your tickets to old reliable friends and new acquaintances. With the birth of E Readers, you can store so many more books on your devices and carry them any where - as long as you don't forget your passwords.  One of the many on my device that I haven't read is Hoppy Holiday Homicide by Molly Fritz. I'm going to begin this story. 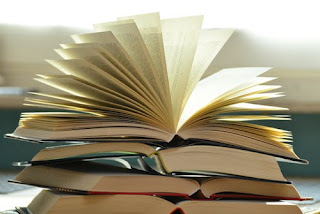 Happy Memorial  Day I hope you had some time today, to think of those who did not come home, who lay alone in some foreign field, and with...